Soooo this week's selection made me question my own sanity. I pulled up the holidays for the week and the listing showed Easter in Anguilla. Only Anguilla. Not England, not the United States, or the European Union, for that matter, but a tiny little island in the Caribbean with only 35 square miles of territory and a population of 18,000. It was enough to make me google what day Easter falls on! Turns out..it's the same Easter. LOL! It's not a alphabetical thing, I've researched that and dismissed it. So we'll never know why Anguilla was chosen, but I'm sure glad it was. This week's adventure menu was Grilled Black Fin Shark with Orange Marmalade Glaze, Pineapple Cornbread, and Coconut Lime Flan.

Pre-adventure Jitters: One word... flan. I love a good flan. Truly. I plan my meal around the flan any time I'm at an Hispanic restaurant. I could eat my weight in flan. But eating it and making it are two totally separate matters. I've made it once...out of a box...it DID NOT GO WELL. And this one has a crust, so I'm just not sure what's going on. Deep breath...one step at a time. It's just a flan, right?

The Adventure: I seriously can't help myself. I ALWAYS pick recipes with hurdles to overcome. I can't wait for whatever week leads me to a grilled cheese sandwich, cause I deserve an easy one at this point. The page that was my guidance for the week calls their listing Secret Recipes from Famous Anguilla Restaurants. I'm here to tell you, the flan is still a secret. 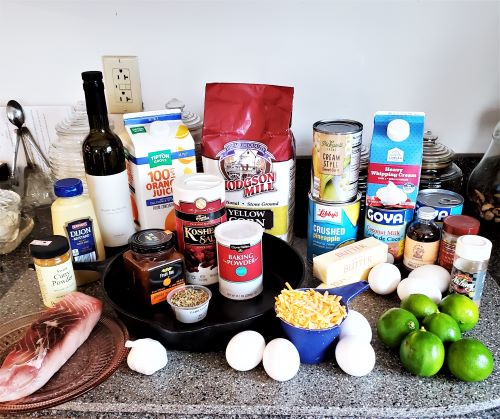 The shark and the cornbread were easy peasy and downright delicious...you can find the recipes on the site...but the flan is less than upfront. My first dilemma? Cream. It just lists cream. So we have all sorts of cream options at the grocery store...half and half, heavy cream, whipping cream...but you won't find anything that says simply cream. I went for a whipping cream. It's a higher cream count than half and half, and lower than the heavy. We're middle of the roading it. Second dilemma was coconut powder. I'm in the sticks in Western PA, two days before the adventure. Coconut powder isn't happening. After a little research, I'm swapping in the thick portion of coconut milk with enough cream to equal two cups. I collected my ingredients and read the directions..."pour into prebaked sugar dough crust". What in THE hell is a sugar dough crust. I googled it. After pages of sugar cookie recipes, I finally found a dough recipe, but no baking instructions. Then 30 minutes later I found baking instructions without a recipe. Sooo I'm completely winging it. 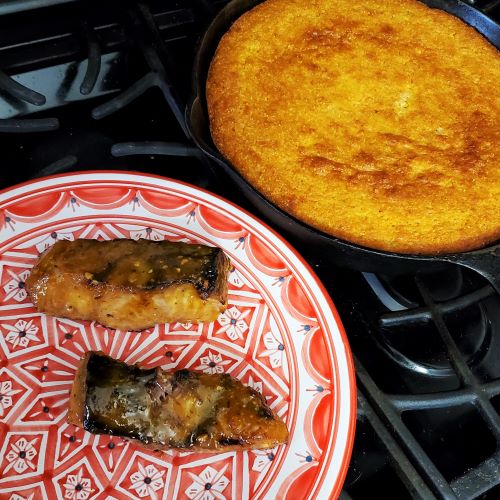 Challenge number one for me? Don't zest off my knuckles. Not a fan of the zesting process. Six limes really tested my patience and my abilities, but we got it done...minus just a tiny bit of my thumb. Made the sugar dough crust, slapped half of it in a springform pan, since a flan pan is nowhere in my kitchen arsenal. Put it in the oven and hoped for the best. I think it might be too thick, and it's definitely looking, um, rustic across the top. I baked it as instructed "until the sheen is gone". Yup, that's all I had to go on. Maybe I should have googled degrees of sheen in images. Anndd It shrunk slightly in the pan, which has flan nightmare written all over it. I know the liquid is gonna pour down over the sides, out the base, and scorch onto the oven floor. Soo the final bake is happening with a pan underneath to catch the dripping and the exhaust fan on high.

The recipe said to bake for 12 minutes or until brown. I think they missed the words "an hour and" in front of that. It actually took an hour and a half for the top to set up and the top to be brown. An hour and a half in one shot is fine. I bake cheesecakes all the time. However, an hour and a half going 15 minutes at a time is downright irritating. There...I said it. It was really irritating. By the time you walk away and start something, the 15 minutes are up and you're back in the kitchen jiggling the flan. The final review? This adventure was truly a disaster. The crust was twice as thick as it should have been. The pan too big in diameter, guessing from depth of the flan. The texture not flanny at all. I can see where it might have been going, though. The flan soaked into the crust and turned it into a lime cream cookie, which is a taste and texture I've never had before. The flavor was, well, limey. Not subtle lime, we're talking holy crap you just sucked a lime, lime. Good thing I'm a fan.

Having had my first complete failure, I'm a bit disappointed. BUT, I'm calling this kitchen adventures for a reason. It's not kitchen underachievements. I could have chosen a much simpler menu...or stayed safe with the shark and cornbread. I wanted to push myself. Now, I may not push myself so hard next time, but I've learned some valuable lessons on this one. I'd love to try this one again to apply my lessons, but I probably won't because, well, zesting 6 limes...and a knuckle.

sugar dough crust (enough for four crusts OR one crust and a bunch of cookies!!)